Talking about Samsung Galaxy M01S, this phone supports 6.3-inch HD + TFT Infinity ‘V’ display. This phone has been introduced on Android 10 which works on the Samsung One UI. Similarly for processing, this phone has been given MediaTek’s Helio P22 chipset with 2 GHz clock speed octacore processor. In the Indian market, this phone has been launched on 3 GB RAM memory, which supports 32 GB of internal storage. The phone memory can be expanded up to 512 GB via microSD card. 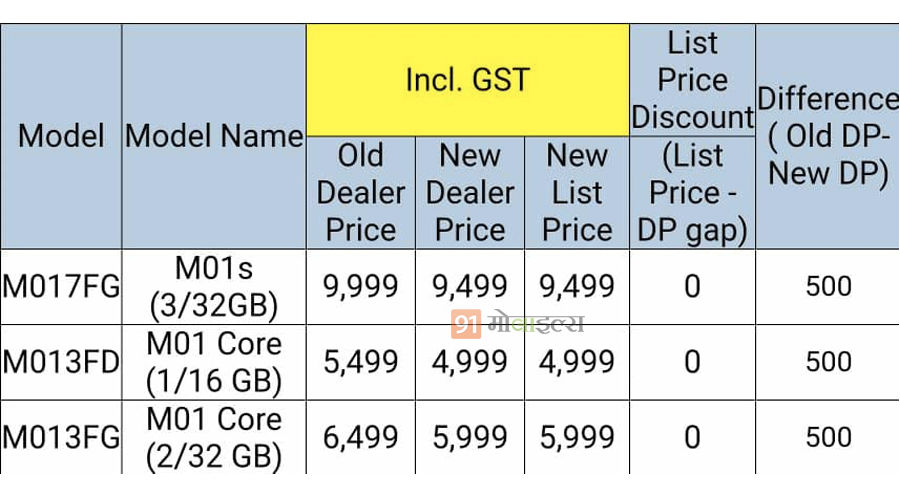 For photography, a 13-megapixel primary sensor and a 2-megapixel secondary camera sensor have been given on the back panel of Samsung Galaxy M01s. Similarly for selfie, this phone supports 8 megapixel front camera. The Galaxy M01S is a dual SIM phone that supports 4G VoLTE. While the Galaxy M01S has a rear fingerprint sensor for security, the Galaxy M01S supports 4,000mAh battery for power backup.

Samsung Galaxy M01 core is low end mobile which has been introduced on the old design. This phone has not been given any kind of notch, but rather bezels are present around the screen. This phone has been launched by the company on a 5.3-inch HD + TFT display. The Samsung Galaxy M01 Core is an Android Go based smartphone that runs on a quad core processor and MediaTek 6739 chipset with One UI. 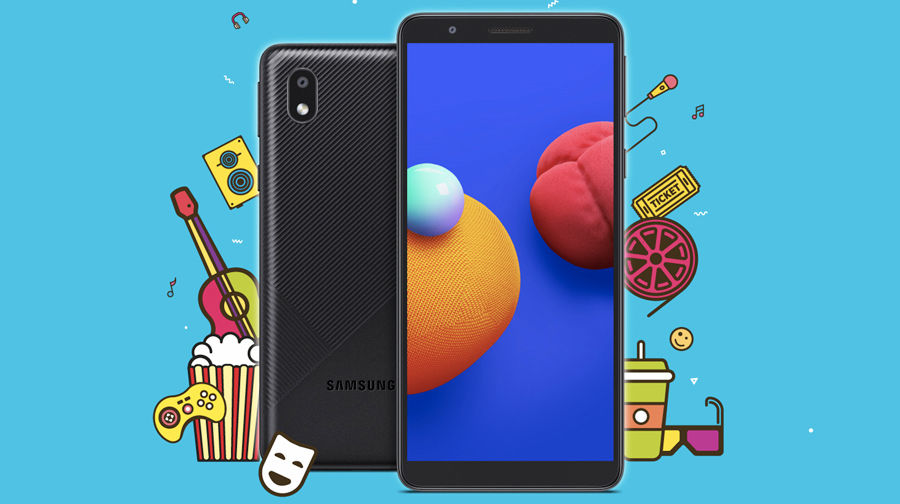 The Samsung Galaxy M01 Core has an 8-megapixel rear camera with flashlight for photography on the back panel and this phone supports a 5-megapixel front camera for selfie and video calling. For power backup, this phone supports 3,000 mAh battery. The Samsung Galaxy M01 Core will be available in Black, Blue and Red color variants from July 29 onwards, as well as online shopping sites as well as offline retail stores.