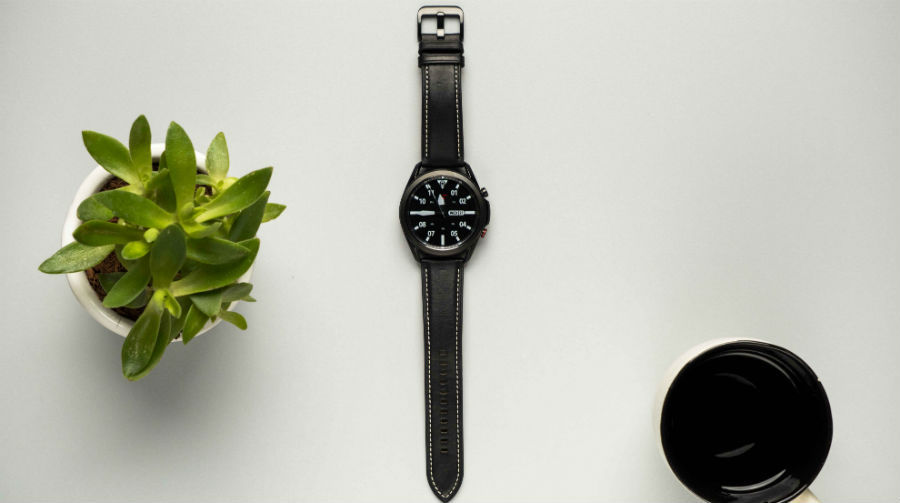 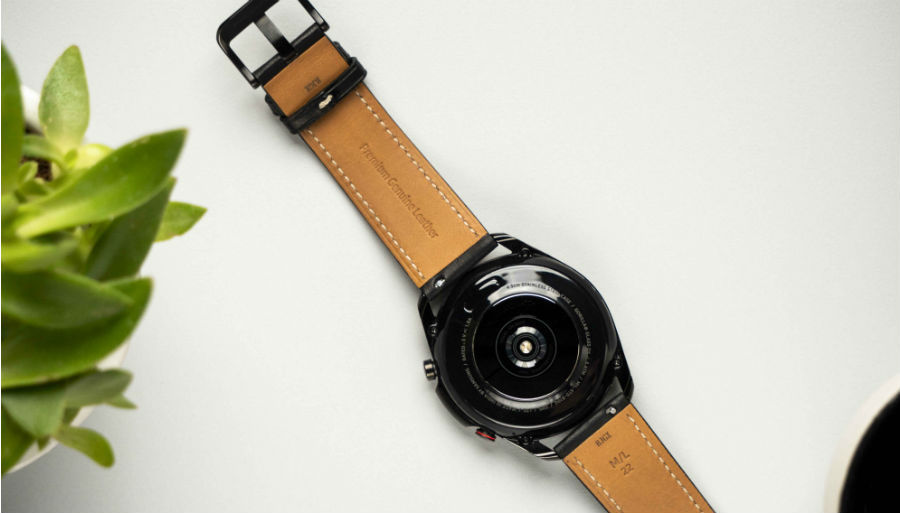 Samsung Galaxy Watch 3 has been introduced in the metal design by the company and has tried to give it the feel of analog watch and believe it is a great experience. The body of the watch is made of stainless steel and the build quality is very premium. Its rotating bezel adds on to it. People generally want a bezelless display in smart watch and phone but its bezel look makes it different from others. One, you will enjoy scrolling a lot and secondly it makes access to apps quite easy. Read also: Samsung Galaxy F41 review: good with 64 MP camera, 6000 mAh battery and sAMOLED display

There are two buttons on the side of the watch, one works for menu and home while the other is used for back button. The sensors are given below. 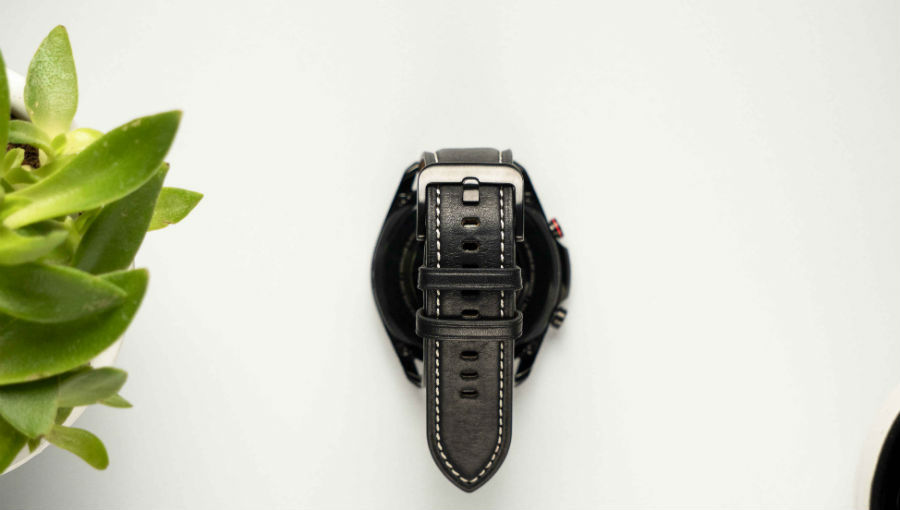 If you compare it with Galaxy Watch, then it has become 8 percent smaller, 14 percent thinner and 15 percent lighter. In terms of design, there is more improvement and you also liked it a lot.

As for Streep, earlier the company used rubber strip but this time it is leather. Its quality is also very well maintained. Overall, a lot has changed and brought newness. But many people see a heavy look in the watch and in that case it falls a little behind and the older model weighs on it. 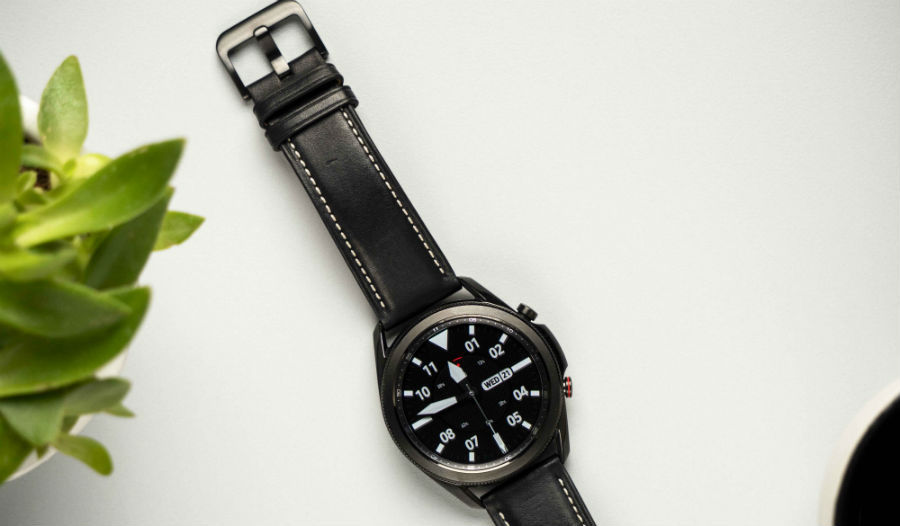 Samsung Galaxy Watch 3 4G 45mm has a 1.3 inch screen. However 41mm has a 1.2 inch screen. The most important thing that can be said is that the company has used a circular AMOLED display panel that comes with 360 x 360 pixel resolution. Apart from all this, Corning Gorilla Glass DX has a coating for screen protection. Apart from the dial scroll, it also has touch screen support.

Speaking of display quality, I can say that it is very spectacular. You will enjoy watching watch face, app navigation and menu etc. Its touch response is also much better. There will be no problem in reading outdoor or indoor messages and mail etc. You can get a better view even in direct sunlight. 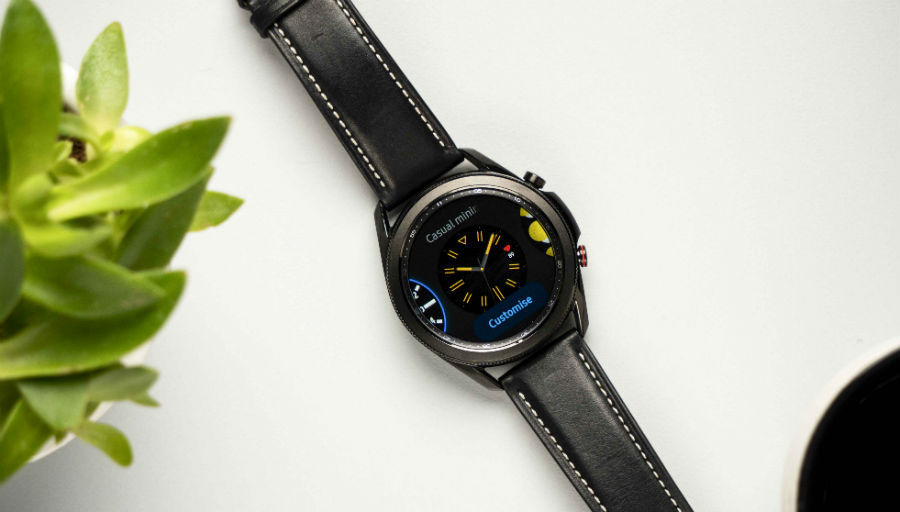 One feature that looks even more cool in the new watch is the display off. In the old watch, the display of the watch was turned off as soon as you reverse your wrist. This feature is also in it, but apart from this, another feature has been given where if you cover the display with the palm of your other hand, it goes off. I found it very good.

Although everything looked fine in the display, but there was some problem in one place and that is to access the quick setting. For this, you have to swipe up and down on the screen and often it was not happening at once. 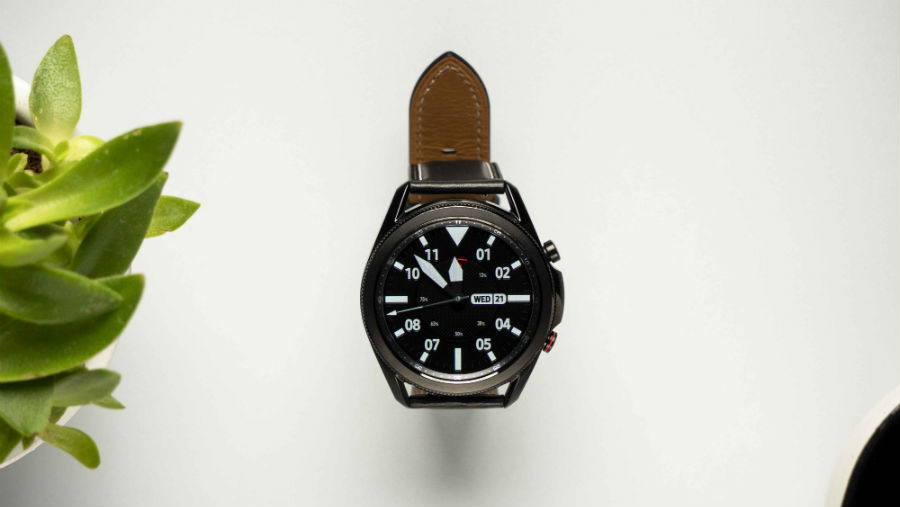 The Galaxy Watch 3 has been launched by the company on the Exynos 9110 chipset and will have a 1.15 GHz processor. The company’s old watch also had the same chipset. The matter of RAM memory has been reduced a bit this time. The earlier Galaxy Watch LTE variant had 1.5 GB of RAM while this time 1 GB RAM memory will be available. Along with this, there is 8 GB of internal storage. About 4.3 GB is available for users.

However, let me tell you that you will not see any difference in performance due to RAM, but because of good softwares, it has become quite smooth. This watch works on Samsung’s own Tygen OS 5.1 which is based on One UI 2.0. It is quite easy to use and will also be fun. On the other hand, it can be said that it is capable of pairing with both Android and iOS devices. 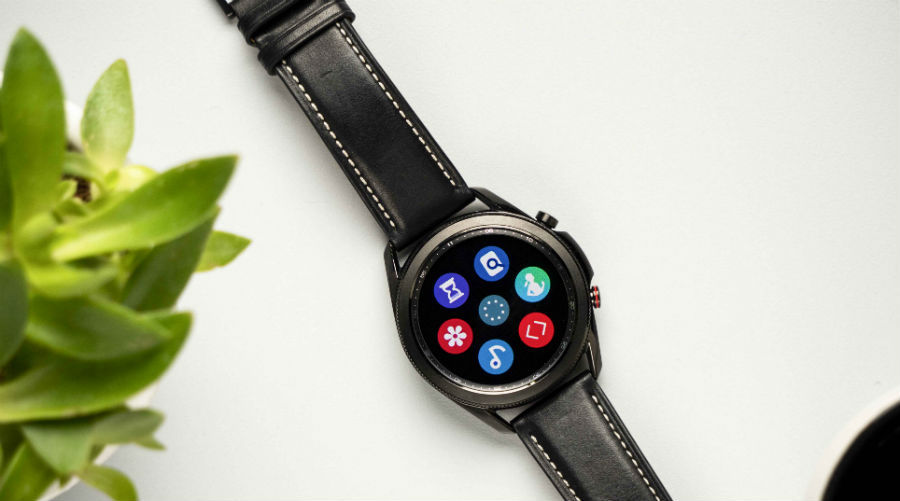 The Galaxy Watch 3 also has many great apps available. Apart from this you can also download the third party app from the App Store available in it. You will find the most attractive watch faces. You will be surprised to know that more than 80 thousand facets are available for this. Although many devices are already available in the device, but if you want, you can download the App Store even more. It has both paid and free facades and is quite spectacular. You will get good amount for free too. Yes, the big drawback here can be the absence of Google Map. 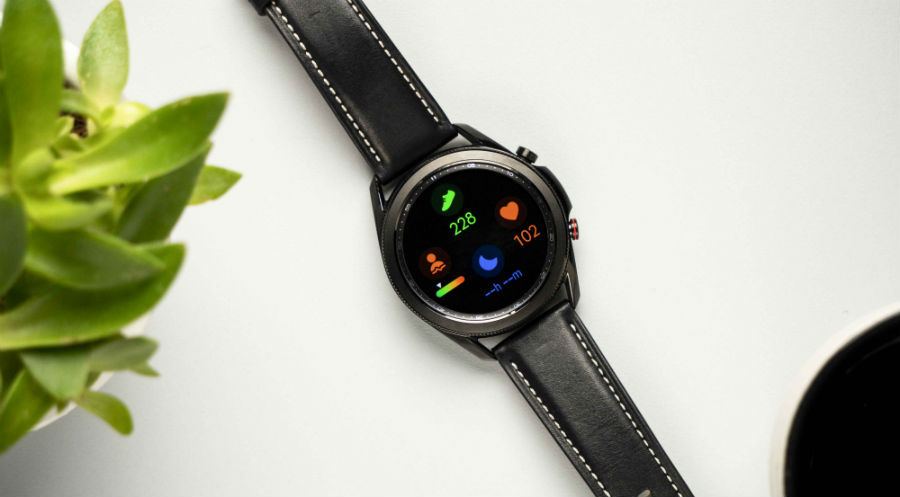 You get all kinds of notifications in watch, you can also reply to mail, message and WhatsApp. Although writing in a small screen is a bit difficult. It has a T9 keyboard for typing and has also lost its habit. There are some preloaded replies available for messaging that make usage easier. 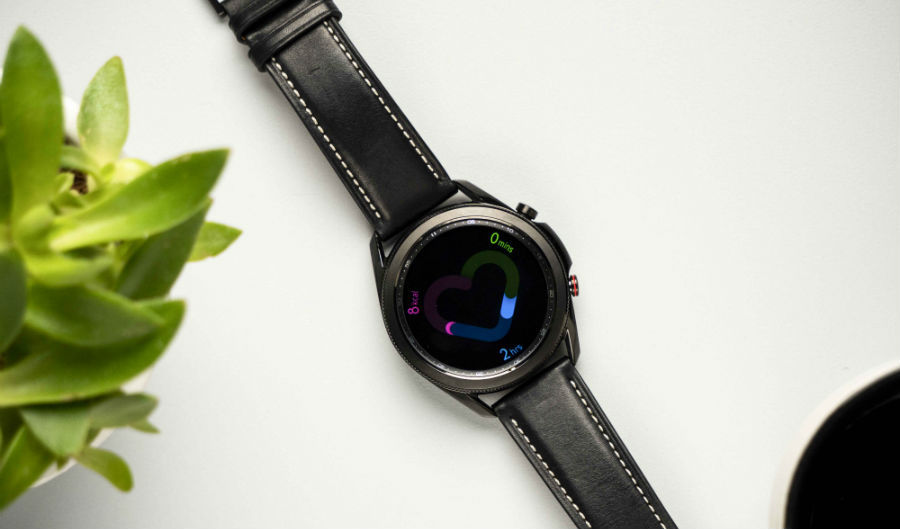 If the demand for smart watch is increasing, the biggest reason is the health and fitness app. People are using it a lot for fitness. This watch also has the facility to track 40 activities ranging from simple walking and running. According to your daily workout it tells how many calories you have burned. Many of these activities are automatically tracked. Like if you are walking, running or cycling. You will get all this information yourself. At the same time, it also tracks activities like swimming and table tennis. Although I can’t say the pedometer is very accurate while walking, but with the help of GPS, this distance is almost correct. 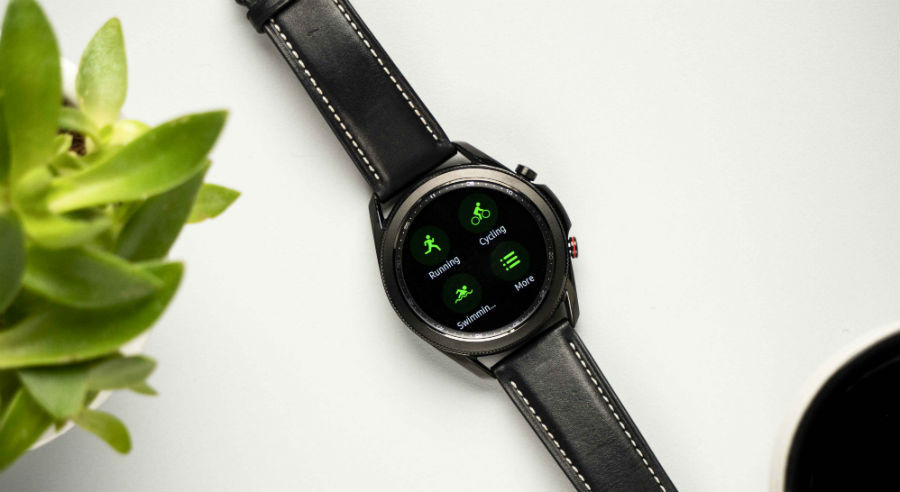 It also has a hard rate sensor and stress monitor. We tested it several times during the review but I did not find it accurate. There was a lot of difference. Yes, some good features like Oximeter were also found.

Overall, it is very good in terms of fitness and activity tracking works better. But it can be said that it is not able to replace medical equipment now. 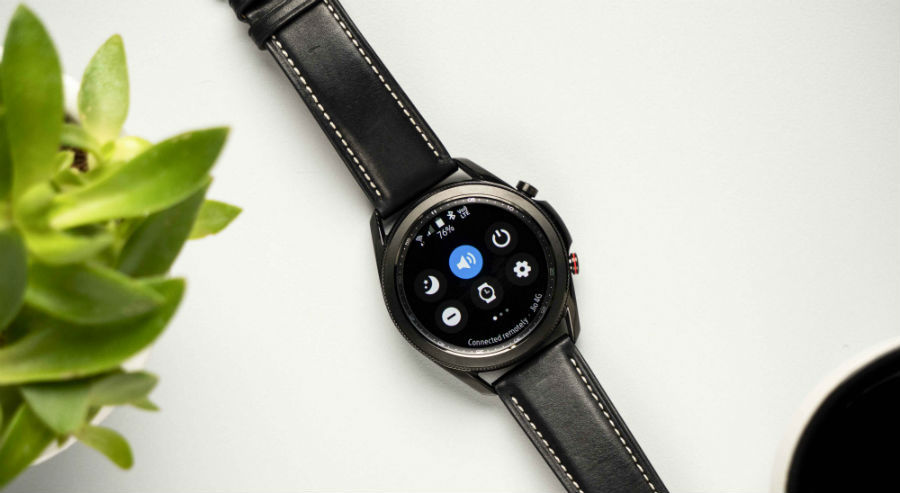 The Samsung Galaxy Watch 3 has a 340 mAh battery. The company claims that it is capable of giving 151 hours of battery backup in low usage. After long use, we can say that the battery backup is very good and where the old model was able to remove one day, the new watch lasted two days or more. Yes, charging still takes a long time. There is a full charge in about three hours. On the other hand, if you have a flagship phone of Saismang, then you can also charge it wirelessly. 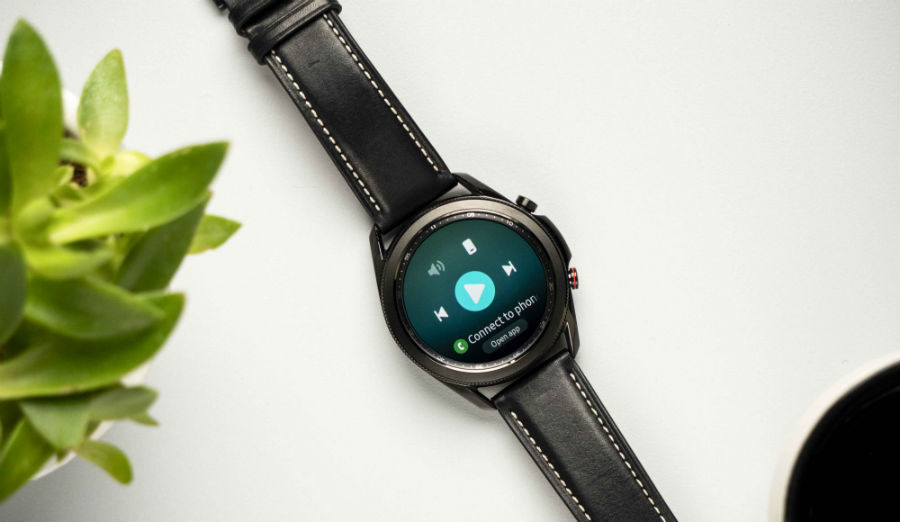 We had 4G version watch and it has E-SIM enabled. We used it with Jio E-Sim and it connected quite easily. You can call and receive calls from the watch itself. The contact is synced. The most important thing is that even if the phone is switched off, you can still manage the call from the phone. It has NFC enabled which is not only useful for charging but can also be used in payment. It is enabled on Samsung and you can pay by tapping it on the machine. Apart from 4G and NFC, there is also WiFi and Bluetooth for connectivity. 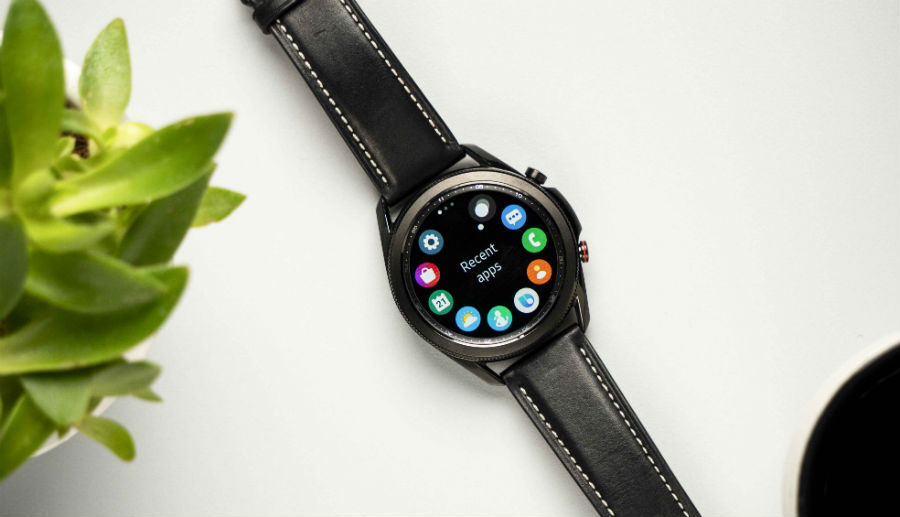 Samsung Galaxy Watch 3 4G, 45mm model is priced at Rs 38,990. There is no doubt that the price range is a bit expensive but it will also say that it is quite stylish, has a unique design and is excellent in quality. Along with this, the features are very high and are very good for fitness and activity. Apart from these, you will get the calling feature only when the SIM and the phone is turned off.